Creative Ireland in the News 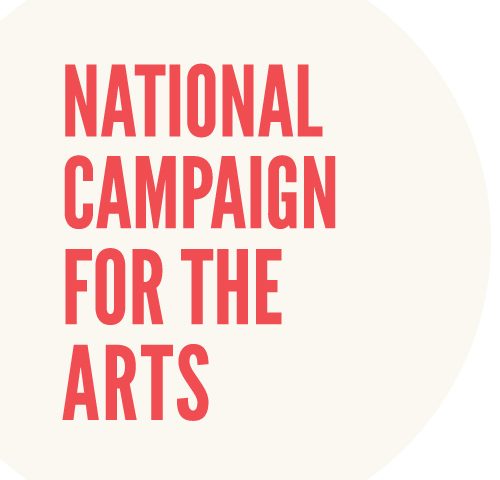 • NCFA hopeful that Creative Ireland marks a sea change in national arts and cultural policy, but it must be matched by long-term investment boost
• Proposed Social Protection changes offer a long overdue safety net for self-employed artists
• Ireland remains bottom of the league for investment in the Arts and Culture in Europe*

The National Campaign for the Arts welcomes the launch today of the Creative Ireland initiative.  The NCFA has had a series of meetings with Minister Humphreys, her officials and the Ireland 2016 team in recent weeks to advocate a number of key principles and proposals, many of which are reflected in the initiative as announced. We believe the stated ambition of putting arts, culture and creativity at the heart of Government decision-making for the first time has the potential – if delivered – to realise a sea change for the cultural sector but also for the well-being of Irish society as a whole.

NCFA has long emphasised the fact that Ireland’s creativity is our outstanding natural resource. We are heartened to see this is being recognised with the launch of the Creative Ireland initiative. However, with Ireland still at the bottom of the European league table in terms of GDP percentage spend on arts and culture, transformational investment is needed to enable the arts sector, as prime generators of cultural and creative output, to fully deliver Creative Ireland’s ambitious aims.

The NCFA will continue to engage with the Government and the Creative Ireland team to advocate, advise and participate in the development and delivery of the programme’s pillars. NCFA members in each county will also engage with their Local Authority to promote best practice in developing the new local cultural plans and programme funding being introduced as part of the initiative.

NCFA Chairperson Jo Mangan said: “If transformational investment is delivered in the coming years as a result of this ambitious Government initiative, Ireland will finally be able to consign to history its unenviable position at the bottom of the EU league in terms of average GDP spending on arts and culture.  We have the chance now to tap fully into our most extraordinary natural resource – our innate creativity – for the lasting benefit of all our citizens.”

The NCFA also welcomes the statement today by Arts Minister Heather Humphreys that “The Departments of Arts and Social Protection are working together to devise a mechanism to assist self-employed artists who have applied for Jobseekers Allowance. This would be a pilot scheme.”  This is something the NCFA has long advocated for, and should see finally an improvement in the fortunes of the majority of artists who create and produce great work despite their precarious livelihood.

ABOUT THE NATIONAL CAMPAIGN FOR THE

ARTS Established in 2009 as a response to the McCarthy Report, The National Campaign for the Arts is a nationwide, volunteer-led, grass roots movement that makes the case for the arts in Ireland. It seeks to ensure that the arts are on local and national government agendas and are recognised as a vital part of contemporary Irish life.
The NCFA’s ambitious but inclusive proposition is to work with the Government and the sector to ensure Ireland is a “Republic of Culture” in 2016 and beyond: to recognise the centrality of the arts to the future, as well as the history, of our nation, and to achieve an appropriate and functional level of state investment in the arts and culture.