Questions in the Dáil following National Day of Action 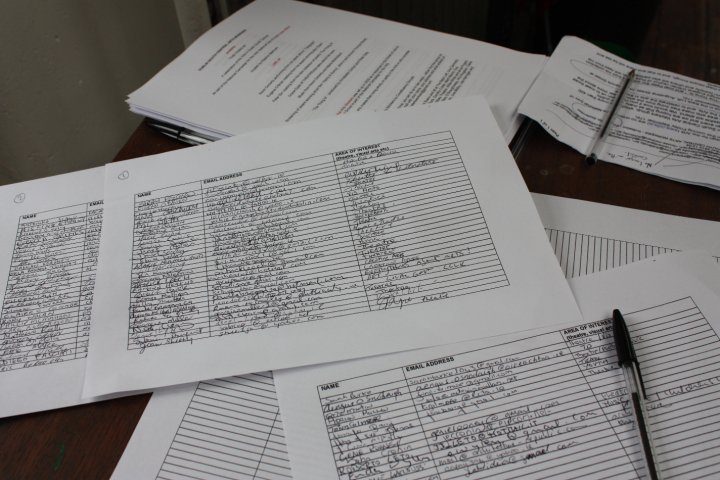 Having met all 5 Dublin South Central Tds in the run up to Budget 2010, the Group felt that we needed to go one step further for The National Campaign for the Arts’ National Day of Action on 17th September. We settled on a celebration of the Arts, by Dublin South Central Artists in Dublin South Central. We called our celebration “The Thing Is” after Peter Sirr’s beautiful poem which he read along with a few others on the day.As we set up the room in The Back Loft (kindly given for free) we glanced occasionally at the door wondering whether many or indeed anyone would turn up and show their support for maintaining funding to the Arts. We needn’t have worried. They came in their droves! We had TDs and Councillors. We had visual artists, film-makers, writers, actors, singers, song writers, husbands, wives, babies, the lot! Actress Eleanor Methven, who hosted the celebration, made the strongest case for maintaining funding to the Arts that I have ever heard! Kevin Doherty and Marie Mulholland sang beautifully. Eugene O’Brien brought the house down with his excerpt from “Eden”. Peter Sirr’s poetry simply captivated us.
The short film Henry and Sunny left everyone beaming. And Grace Dyas showed us we don’t have to worry about the future, she has it covered.And all against the backdrop of a fantastic photography exhibition called “52 Weeks” (which is still running). Some people wanted to know could we make it a regular occurrence. We’ll see. One step at a time. And more people have joined the group since the event. Not every Dublin South Central TD was available to meet us on the day so we are going endeavour to meet the rest of them in the coming weeks. Thanks to everyone who made it up to The Back Loft! Special thanks to everyone who helped set up, put up signs, served wine, operated projectors, took names, snapped photos, gave out postcards and helped with the clean up. Very much appreciated!
Peter